Summary: I wrap up several of the quests outside Colony 9 and story bombs get dropped. To borrow a certain phrase: I am not prepared.

We're straight into the lab and a scene! 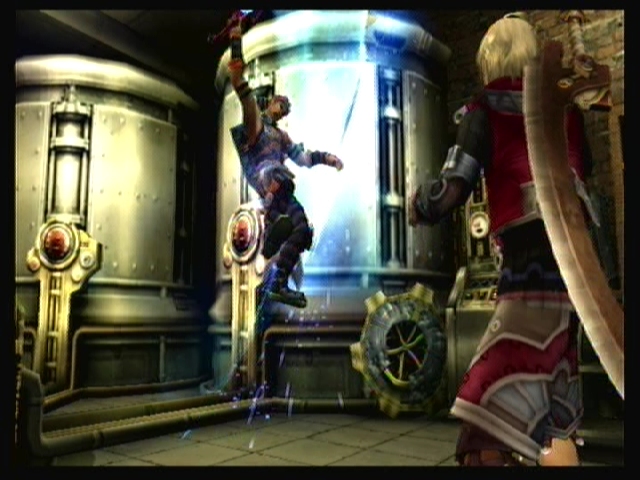 We walk in on Reyn picking up the Monado and true to Shulk's word, he loses control of it immediately. He (or should I say the Monado?) starts tearing into the lab equipment. He then brings the blade through Fiora's hiding place and... she's fine? What? The non-impact is enough to wrench the Monado from Reyn's grip, but what the hell just happened?

Fiora: "Don't you care about me? I could have died."
Shulk: You're not hurt, are you? The Monado can't cut people."

It literally can't cut people? Which people? Just Homs? What about Nopon, or the various animal species which also evolved upon the Bionis? Does that mean the Mechon (which it can cut) really aren't biological lifeforms? Also, Shulk is very much not reading the atmosphere here, which is cute, but demonstrates what I said before. He really does seem more into his work than anything else.

Reyn says he "Saw the Monado and-" before getting cut of by Shulk's harsh warning of its dangers. How would that have ended? Does the Monado's influence go beyond the confines of the blade itself? Shulk also asks if Reyn feels numb, a side-effect of someone who can't control the Monado. 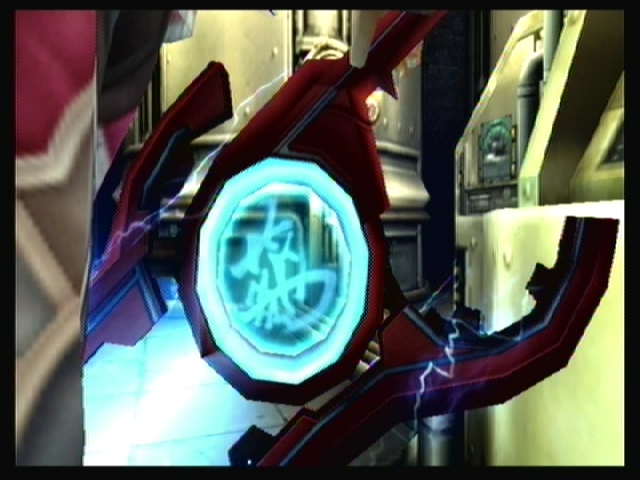 As Shulk is returning the Monado to its stand, he is distracted by Fiora's concerns about his priorities.

And then what the hell? A video is the only way I'm going to get this across at all, and even then my notes as I was playing are gibberish here. A second viewing for editing and detailed notes didn't help much.


Shulk appears to recover quickly, and asks Reyn if he saw anything (when he held it before), but Reyn only saw the powered Monado. Shulk can't really explain what happened, so Reyn remarks that it's not a very useful weapon and that Dunban must really be the only one capable of handling it (I'm betting not, but within the narrative, it makes sense for him to say this). Then things stop making sense again. 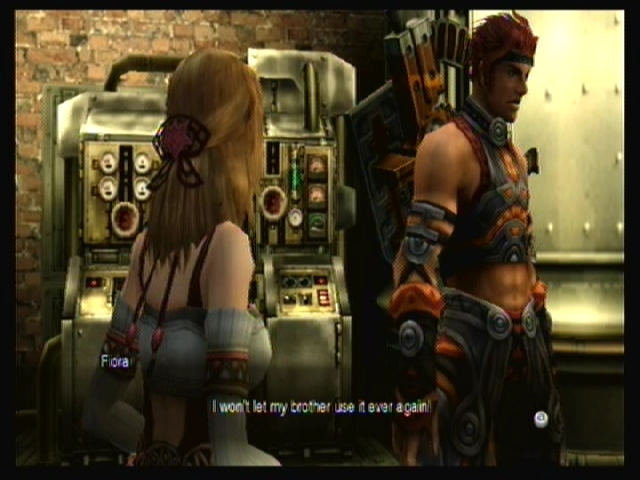 Well, I got that one wrong.

So they're brother and sister, an option I dismissed offhandedly early on. I still have to ask (rhetorically): are they full blood siblings? Half-blood? Was one of them adopted into the others family? I only ask because I see no familial resemblance between the two, which is why I dismissed the possibility in the first place.

And how do Dickson and Shulk fit into the picture, especially after saying they (all) appeared like "one big family". Don't tell me Dickson is Shulk's father (though now I think on it, they do both have blond hair...).

Shulk: "To be honest, this has happened a few times before. I've been researching the Monado a long time."

First, why am I only learning this now? And second, "a long time"? Shulk looks, at best... 17? He must really be a prodigy if he's been working with the Monado since his early teenage years. And that's the end of story reveals for now. As much as I want (lots) more, I'm also glad of the time to process that information before more reveals come along.

Reyn's been given punishment duty by Colonel Vangarre, which includes: hitting him (no, just no, and not the first time someone has mentioned Vangarre doing this), 1000 squats and sit-ups (really, that's not at all excessive), and getting the Ether Cylinders to power that crashed Mobile Artillery unit from a long time ago. I knew I would be helping with that! 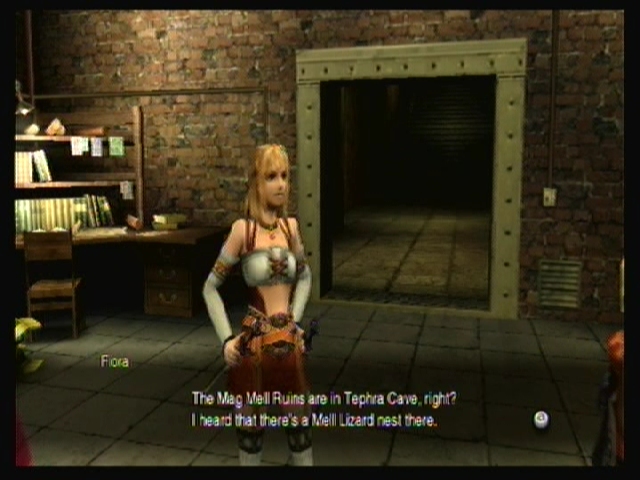 Our destination. And a front shot of Fiora, which I realised I was lacking so far.

Shulk's up for the journey, but sadly Fiora isn't coming along. And this is after her worrying about Shulk being delicate, and not thinking Reyn is the best person to keep an eye on him. What does it take to get her into the party? Yes, I have a feeling I may regret typing that.

My arts and skills can now be levelled! Let's see what's what. Arts can upgrade from starting level all the way to level 10. Seems those books in the shop unlock the option to upgrade to the later levels. Each upgrade gets me something like more damage/healing, quicker recharge, more effective buff/debuff and the like. I only have enough AP to upgrade one art on both guys so Shulk gets Light Heal II and Reyn gets Hammerbeat II. It's a little annoying the game doesn't tell me my current AP or what I need for the next upgrade until I have enough.

Skills are a little different. There are three trees for each character, and they collect SP (which I have none of at first) to unlock he next skill within the parent tree. They have really interesting names too. Shulk has: 1) Humanity (Ether Bonus), 2) Integrity (Block % Bonus) and 3) Intuition (Agility Bonus). Reyn has: 1) Enthusiasm (Critical % Bonus), 2) Spirit (Strength Bonus) and 3) Diligence (Agility Bonus).

The skills in each tree are really varied, from bonuses to arts, new equipment groups and fixed bonuses to EXP and more besides. I won't detail what it all is, but I'll let you know when I get something (they need 300 SP for the first level alone). I'm also just kinda going with it for now. I change Reyn to Enthusiasm and leave Shulk on Integrity. My affinity coins are also noted on this page but I can't do anything with them yet!

As mentioned in my last part, I'm now gonna settle down to exploring the areas around Colony 9 and seeing what quests I can take care of. Here's a brief summary of what I get up to: Next time: The Mag Mell Ruins (and a few more quests)!
Posted by FatePlaysGames at 20:47